Regularly appearing on Fox News Channel, CNN, and MSNBC, Evan provides insight and analysis from the unique perspective of an urban millennial Republican. He has established himself as the go-to expert for political, communications and millennials issues. 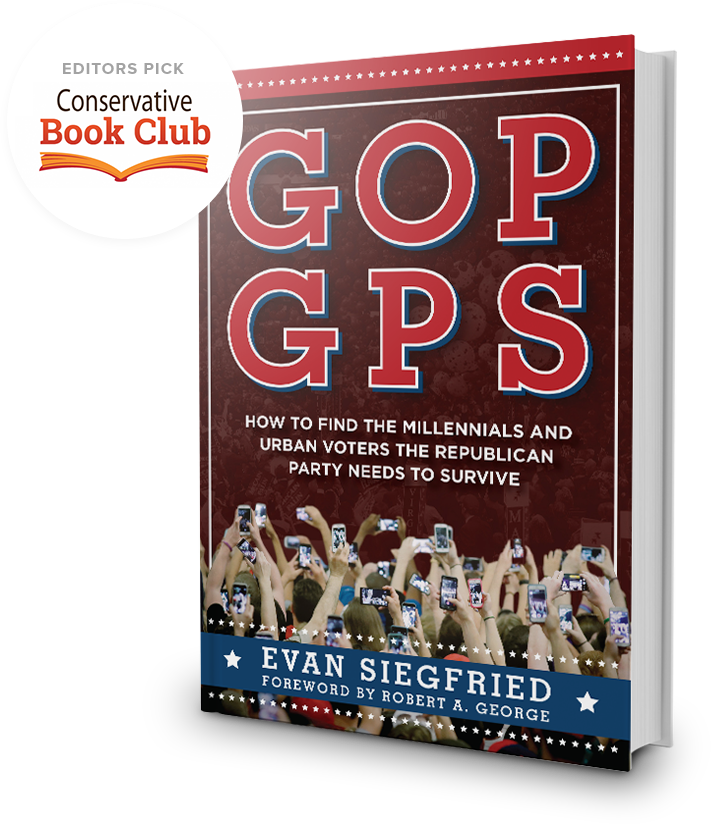 A major focus of Evan’s work and commentary has been building the Republican Party so that it grows with millennials and urban residents. It is for this reason that he wrote GOP GPS: How to Find the Millennials and Urban Voters the Republican Party Needs to Survive, which was released to critical acclaim in August 2016. Joe Scarborough of MSNBC’s Morning Joe, said that Evan’s take was “exactly right,” while Dr. Larry Sabato, the director of the University of Virginia’s Center for Politics, said, “Evan Siegfried gives his fellow partisans a road map to prosperity even as U.S. demographics shift, if only Republicans will follow it.” Critics have called GOP GPS a prescient, pioneering and ambitious vision for the Republican Party.

Evan, a native New Yorker and millennial, lives in New York City with his dog, Rowdy. He is a lapsed competitive runner, Larry David enthusiast, and New York Rangers fan. Wine is a passion of Evan’s, as he is an amateur collector and can always recommend a good bottle.

Want to stay up-to-date on Evan's latest update? Enter your email below to stay in the know. We promise, we don't spam.